This edition of the Feria Andaluza in Valencia will be held from May 3 to 12.
One of the most exciting spring plans in the city to be noted in your calendar.

The place in the old Turia riverbed, right by the Alameda metro station. Between the Flores bridge and the Exposición bridge.
The April Fair brings Andalusian customs and gastronomy to Valencian and Valencian people.
Also other main actors in the Fair are the groups in the Federation of Andalusian Cultural Entities in the Valencian Community.

Musical performances and equestrian exhibitions, which are another of its strong points, as well as the dance of Andalusian cultural associations throughout the Valencian Community.

The Fair is starging with the traditional lighting of the façade of the fair.
Right from the beginning, you will be able to enjoy a full program of events of the Andalusian Fair in Valencia.

This program is based on music, dances, food, drinks, and fun.
The ritual of the pescaíto, the alumbrao, the dance of sevillanas, the tipycal drink called rebujito, the equestrian exhibitions, etc.
All these is happening in Turia riverbed, and is a hallmarks of the historic event that has been held in the city of Seville for centuries.
This spring date preserves its essence and tradition of the original fair in Seville.

The Feria Andaluza in Valencia is a replic of the April Fair of Seville, which is one of the main events in the Andalusian capital, a reference for recreational, cultural and gastronomic. It is declared a Festival of International Tourist Interest.

Be sure you put confortable shoes to walk around.
Things you must do:

Even you have food and drinks in the Feria, you have Restaurants near by in the City Center HERE 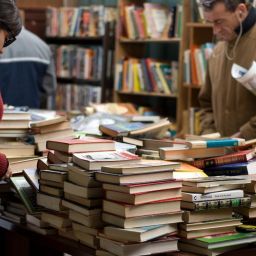 The second most important Book fair in Spain with a wide range of cultural activities during May. Dozens of exhibitors where you can find works of all genres and audiences. Also with a program of activities ranging from concerts to musical shows and signatures of authors. 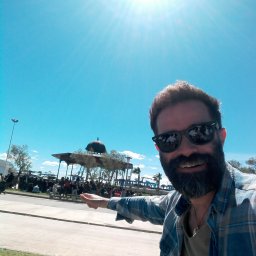 Free outdoor music next to the Malvarrosa beach, what else? Just in Valencia at La Marina Juan Carlos I , every saturday morning from February till May, time: 11:30 till 14:00. La Marina is an amazing area next to the harbor and Malvarrosa Beach in Valencia. Fantastic for kids and adults. No cars around and nice bars for food and drinks. 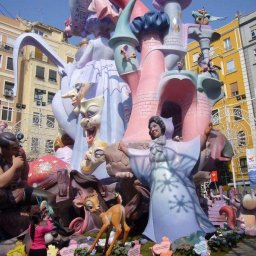 Fallas, the most amazing festival in the world, at least, for us, the valencian people 😀 . Come and Live it.
The Falles festival was added to UNESCO’s intangible cultural heritage of humanity list on 30 November 2016.